2 Chronicles 3:7 (ESV) — 7 So he lined the house with gold—its beams, its thresholds, its walls, and its doors—and he carved cherubim on the walls.

It is hard to imagine one man storing up approximately 8.1 million pounds of gold!  That would be valued today at nearly $195 Billion!  Fort Knox has 9.2 million pounds.  Try to visualize a temple lined with gold–amazing!

King David, after a great spiritual celebration sparked by the arrival of the Ark of the Covenant in Jerusalem, wanted to build a temple to house the Ark; he wanted to build a place for God’s presence to dwell. God forbade David to build the temple but told him that his son Solomon would and that ultimately the messiah would come from David’s lineage. The disappointment that David might have experienced from God’s apparent rejection was erased by God’s promise of eternal legacy.  Spiritual legacy is eternally better than temporary legacy.  The temple of Solomon was built and later destroyed; there is little evidence of its opulent existence. However, the Messiah came and His Kingdom is unmistakable; His kingdom is unshakeable!  Have you been changed by it?

From Shack to Eternal Temple

1 Corinthians 6: 19-20 — Or do you not know that your body is a temple of the Holy Spirit within you, whom you have from God? You are not your own, for you were bought with a price. So glorify God in your body.

The gospel transforms us into incomprehensible temples of the Holy Spirit.  The glory of God would only fill the Jewish temple once a year, but the glory of the Lord DAILY dwells in you as a follower of Jesus! Consider the $195+ billion value of Solomon’s temple and be humbled that God has assigned to you infinitely more value.  You were purchased by the blood of Jesus…an infinite price.

You were the ultimate “fixer upper.” Only Jesus can take an abandoned run-down mountain shack marred by sin and transform it into a temple for the infinite God of the Universe!  Can you believe Jesus did that to you?  If you have not experienced the transformation of being born again by the Spirit of God please turn to Christ today and receive new life. Jesus loves to take remote, dirty, broken-down shacks and transform them into temples that would make Solomon gasp in disbelief!

The next time you watch an episode of “Fixer Upper” remember how much more Jesus has done for you! 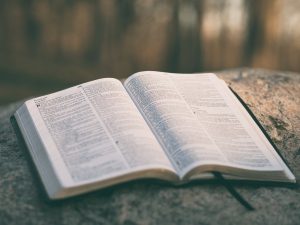 The Basics: Armor of God!

Reconciliation is Your Ministry and Our Only Hope

Who Do You See at the Gate?

It Only Looks Hopeless…

To keep up to date with all the news, events, activites and feedback from us, please sign up to receive our Newsletter.